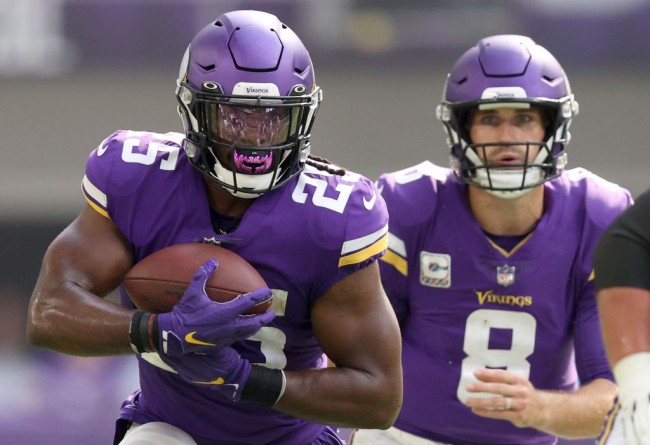 This coming Sunday, a critical NFC matchup will be heading our way as the Carolina Panthers host the Minnesota Vikings at the Bank of America Stadium. Can the Panthers end their losing rut in this game, or will the Vikings hand them more misery? Here’s a preview of this Vikings vs Panthers showdown.

Minnesota chalked up its second win of the season with a thrilling 19-17 victory over the Detroit Lions on Sunday. It was a morale-boosting victory for the Vikings, who suffered a heartbreaking loss to the Cleveland Browns the previous weekend.

Minnesota’s win wouldn’t be possible without the heroics of Greg Joseph, who kicked the game-winning 54-yard field goal as time expired. Kirk Cousins also had a solid game, completing 25 of 34 passes for 275 yards with one touchdown and one interception.

Alexander Mattison had a monster game for the Vikings, racking up 153 total yards and a touchdown catch. However, he nearly cost Minnesota the game in the fourth quarter as he committed a fumble after the two-minute warning with Detroit trailing 16-9 and the Lions already out of timeouts.

The Lions took full advantage of that miscue, scoring a touchdown and the ensuing two-point conversion with 37 seconds remaining to grab a 17-16 lead. However, that was more than enough time for Kirk Cousins to work his magic, leading the Vikings to a late scoring drive to hand Detroit its ninth straight loss.

On Sunday, the Carolina Panthers stumbled to their second consecutive defeat, absorbing a gut-wrenching 21-18 loss to the Philadelphia Eagles. It was a disappointing result for the Panthers, who led by 12 points at one stage.

For the first time this season, the Panthers dropped out of first place in the NFC South, with Carolina now trailing the Tampa Bay Buccaneers by a game with their 3-2 record. It won’t get any easier for them in Week 6 as they will face the Minnesota Vikings next.

The Panthers have struggled against the Vikings lately, losing three of their last four matchups, including a narrow 28-27 defeat in their previous meeting last year.

For Carolina to return to the win column against the Vikings, they will need to do a better job on their third-down opportunities. They converted just five of their 15 third-down attempts against Philadelphia on Sunday.

Eagles defense picks off Sam Darnold for the third time, this one by Steven Nelson. pic.twitter.com/XmXOy3OOZJ

The onus then is on Sam Darnold to improve on his passing accuracy. He completed just 56.8 percent of his passes against the Eagles, a season-low. That was disappointing for Darnold, considering he compiled a 67.8% passing rate in his first four outings for Carolina this season.

It’s important for Carolina as well to improve on its ground game against Minnesota. They rushed for just 109 yards on 30 carries against the Eagles in Week 5. Carolina is currently 18th in the NFL in rushing offense this season, averaging just 107.8 yards per game. Carolina will look to get its ground attack going against a Minnesota team that’s allowing 130.0 rushing yards per game this season, 11th-worst in the NFL.