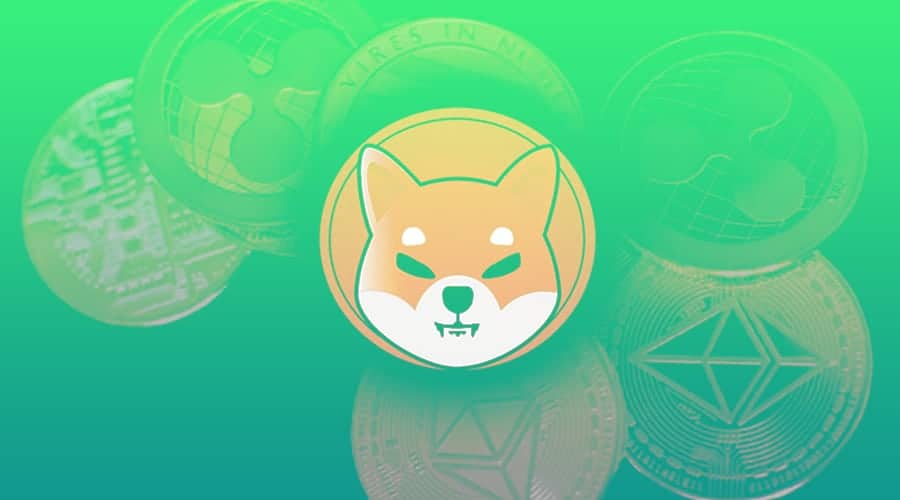 After the massive bull run, Shiba Inu price has fallen back to a moderate state

October has been a whirlwind month for cryptocurrencies as names like Shiba Inu, dogecoin, bitcoin, and ethereum were making headlines constantly. However, the star of the month was SHIB as its price skyrocketed as much as 950% over various reasons, triggering a massive memecoin run. Unfortunately, after the massive bull run, Shiba Inu price has fallen back to a moderate state. But new investors who tried their hand on SHIB recently are wondering if there is another chance to reap benefits.

The birth of memecoins is quite funny and suspicious. We all know that dogecoin was born out of memes and online jokes that surmounted the internet in 2011 and 2012. The support for dogecoin propelled over in 2020 and made the dog breed name Shiba Inu very popular. As the buzz around the name grew, an anonymous person or a group of persons known as ‘Ryoshi’ has created Shiba Inu in August 2020. Similar to dogecoin, SHIB also kept a low profile for a long time before it hit the mainstream investors. Over the past month, Shiba Inu has briefly made it into the top 10 cryptocurrencies list and also overtook its native competitor DOGE for the first time. Owing to the sudden growth, many investors geared up their portfolio with SHIB investments. However, the price has been on a downwards trend after the dust was settled. In this article, Analytics Insight explores the potential of Shiba Inu price to reach another ATH this month.

The Basics of Shiba Inu

Shiba Inu is another famous memecoin that is following the footprint of dogecoin recently. However, the cryptocurrency is often called the ‘dogecoin killer’ for its potential to outperform the native memecoin. SIB is a decentralized, community-building cryptocurrency that is ‘an experiment’ developed within the Shiba Inu ecosystem. Unlike bitcoin and ethereum, memecoins generally have an honest fan base that triggers the price whenever needed. Although dogecoin was the only memecoin to have such followers so farm, things changed upside down in 2021 after SHIB rose to popularity. Now, Shiba Inu price can also be set on fire if these investors plan to do so.

At the beginning of October, Elon Musk tweeted a picture of his Shiba Inu puppy named ‘Floki’ with the caption ‘Floki Frunkpuppy.’ Musk is often called the ‘Godfather of Dogecoin’ for his potential to drive up its price. But his participation and comments on SHIb have remained under the ground. However, to everybody’s surprise, his tweet triggered Shiba Inu’s price and resulted in 120% growth.

Over the next few days, SHIB rose to prominence over a plethora of happenings. A petition on Change.Org demanding the Robinhood platform to include Shiba Inu token has gained popularity among investors. The petition was signed by 300,000 people, resulting in a massive SHIB price rally. Although Robinhood is yet to list Shiba Inu, many other well-known crypto exchanges have added the token to their trading portfolio.

At the same time, Shiba Inu has also announced its plans to enter the NFT market. Reports suggested that the developers were preparing to launch a collection of NFTs, featuring 10,000 images of Shiboshi characters. Besides, the FOMO (Fear Of Missing Out) has also resulted in massive SHIB adoption over the last month.

Why is Shiba Inu Falling Now?

After touching an all-time high of US$0.000885 on October 28, SHIB has been constantly struck by the declining trend. Its price has come back to a moderate US$0.0005400 since then. According to experts, this was caused when the allure started to fade after the US inflation print. If SHIB fails to make a comeback in November, its price could fall to as low as US$0.0003535 level, where it struggled to break the resistance in the past.

A set of facts also represent that Shiba Inu could have a rough time this month. Experts say that SHIB lacks real-world utility compared to Dogecoin. Compared to Shiba Inu, DOGE seems like a largely accepted and liked memecoin. Shiba Inu has an extremely volatile history even compared to its memecoin competitors. This makes the digital token unreliable. Although crypto investors are drawn towards massive price surges, they don’t like short-term gains. SHIB is a master of such short-term gains, making it an unreliable investment source.

Will Shiba Inu Gain its Place in November?

According to Wallet Investor’s prediction, SHIB could drop to US$0.000098 by the end of 2022. They also stress that Shiba Inu is bad for long-term investment. In a nutshell, although SHIb grow to prominence once again in November, there are less chances that it could last for a longer time.