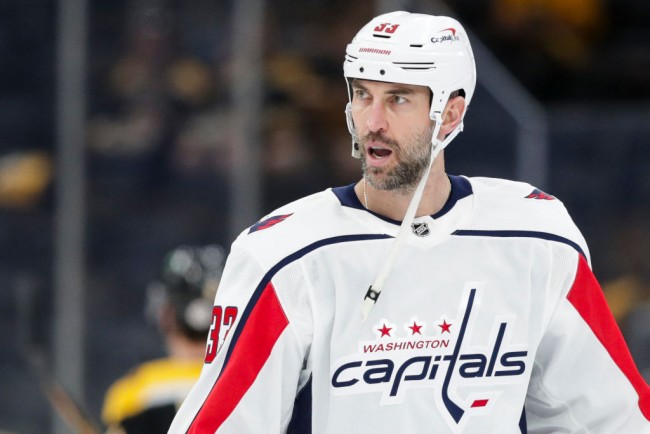 BOSTON, MA – Zdeno Chara of the Washington Capitals looks on before Game Four of the First Round of the 2021 Stanley Cup Playoffs against the Boston Bruins at the TD Garden on May 21, 2021 in Boston, Massachusetts. (Photo : Adam Glanzman/Getty Images)

Zdeno Chara is going back to where it all started. The 44-year-old defenseman signed a one-year deal with the New York Islanders, rejoining the franchise that drafted him in 1996. This is the fourth consecutive one-year contract that Chara, an unrestricted free agent, has signed.

Chara, who will be playing in his 24th NHL season, said on Saturday that he is “very honored and humbled to be an Islander again.” Chara was amazed that his long NHL career would work out this way, saying that returning to the Islanders is “kind of a full circle.”

“I’m very honored and humbled to be an Islander again” pic.twitter.com/1B0V1gJh9c

Last season, Chara suited up for the Washington Capitals, recording two goals and eight assists in 55 games. According to Chara, several teams were interested in acquiring his services for the 2021-22 season. In the end, though, Chara chose to play for the Islanders, a decision that his family based in Boston fully supports.

Chara’s illustrious NHL career began in New York after the Islanders selected him in the third round of the 1996 draft with the 56th overall pick. The 6-foot-9 defenseman played 231 games for the Isles from 1997 to 2001 before general manager Mike Milbury controversially traded him, winger Bill Muckalt and a first-round pick to the Ottawa Senators for center Alexei Yashin. The first-round selection that New York dealt in that trade became center Jason Spezza.

Chara’s numbers in the NHL simply off the charts

Since that trade, Chara has forged one of the greatest careers by a defenseman in the NHL. He has played a total of 1,608 games since entering the league in the 1997-98 season, making stops with the Islanders, Senators, Capitals, and the Boston Bruins.

He has racked up 207 goals and 459 assists in his storied career and amassed 2,000 penalty minutes. Chara captured the Norris Trophy in the 2008-09 season as the league’s top defenseman. To further demonstrate his consistency at the top of the defensive ranks, he has been a finalist for that award six times.

Chara’s signing will help boost an Islanders defense that is in dire need of support on the left side. He joins Andy Greene, Sebastian Aho, and Adam Pelech on the Isles’ depth chart for the upcoming season.

Chara told reporters that his decision to return for another season wasn’t influenced by the news that the NHL will be allowing its players to compete in the 2022 Beijing Olympics. Chara said that he recently turned down an invitation to play for Slovakia in the qualification rounds for the Olympics as he is still contemplating whether to represent his home country for the fourth time in the Winter Games.

Chelsea were ready to pay £85m for Brazilian star

Everything You Need to Know